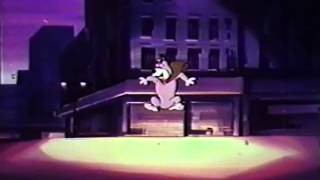 An idea cooked-up to unite the powers of a number of superheroes paid dividends for ABC when it came up with the SUPERFRIENDS formula. Combining the talents of Superman, Batman, Robin, Aquaman, Wonder Woman, Zan, and Jayna, the SUPERFRIENDS are an all-powerful elite force who traverse the Universe to ensure that justice is done. This collection of 16 episodes from the second season offers all the thrills and spills fans of the show have come to expect!

Only the combined superpowers of Earth's greatest heroes can stop the unthinkable dangers that jeopardize humanity in these 16 episodes from the beloved animated TV series! Superman, Batman and Robin, Aquaman, Wonder Woman and Zan and Jayna battle villains from the darkest regions of outer space to the depths of the ocean in their fight for truth and justice. They face extraordinary perils at the core of the Earth and defy the laws of nature to shrink to microscopic size to defeat a radioactive monster. Even Dracula returns from the grave to challenge the Super Friends to a showdown! And with this exciting compilation that boasts cool extras, you can join the Super Friends for the ultimate victory celebration!

Challenge of the SuperFriends - Attack of the Legion of Doom (DVD)
$6.40
Add to Cart

24%off
The World's Greatest Super Friends!: And Justice for All (DVD)
$9.80 Super Savings
Add to Cart