It Could Happen to You (Blu-ray) PG

A cop. A waitress. A lottery ticket.

81K ratings
Currently Out of Stock: We'll get more as soon as possible
Notify Me When Available
Add to Wishlist
Format:  Blu-ray
sku:  ECJ7
91% recommend us! 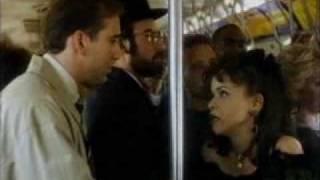 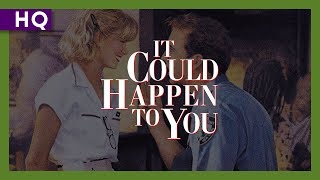 When a New York police officer offers half of a lottery ticket as a tip for a waitress in a diner, the gratuity ends up being worth over $2 million in this wacky romantic comedy.

Nicolas Cage, Bridget Fonda and Rosie Perez star in this irrepressible romantic comedy inspired by the true story of a humble cop who leaves a two million dollar tip to a hard-luck waitress. Charlie Lang (Cage) is a neighborhood cop with a heart of gold, and a money-hungry wife Muriel (Perez) who'salways looking for a way to cash in. When she asks Charlie to buy a lottery ticket, he agrees, thenimpulsively promises half the winnings to a waitress, Yvonne (Fonda). When their numbers hit, the real fun begins, as Muriel learns to live large while Charlie and Yvonne learn to love again. A captivating comedy laced with whirlwind romance.

When he digs into his pocket to get a tip for coffee shop waitress Yvonne Biasi, New York policeman Charlie Lang discovers that he's out of cash. So, as compensation, he promises that, if lady luck is on his side and a recently purchased lottery ticket wins, he'll give her half the money. Lo and behold, his ticket's that special one, and Lang splits the $4 million with Biasi -- to the chagrin of his materialistic wife.
But Charlie also discovers in the process that there's more to life than money... and that some of the best things in life are free.