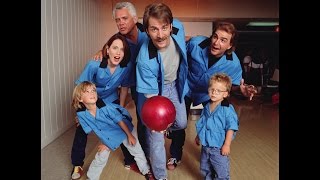 Before there was the Blue Collar Comedy Tour, there was THE JEFF FOXWORTHY SHOW, the beloved mid-1990s sitcom starring the one and only "You might be a redneck if..." comedian as a suburban family man and owner of a heating and air-conditioning business. After delivering plenty of laughs in its freshman season, the series really hits it out of the park in Season Two, in which production shifts allow Foxworthy's definitively Southern brand of comedy to truly shine. After a relocation from Indiana to Georgia, Foxworthy, Haley Joel Osment, and the rest of the cast are joined by the bubbly Ann Cusack, the cuddly Jonathan Lipnicki, and future Blue Collar Comedy cohort Bill Engvall. This set includes all 23 episodes from the revamped second season of THE JEFF FOXWORTHY SHOW.

If you're a redneck, then . . . you'll love Jeff Foxworthy in his first TV show! The second season is even funnier and features new cast members. Jeff Foxworthy stars as a Southern boy who moves his family back to his hometown in Georgia. His new job has him working at the loading docks with some macho, no-nonsense boys from the South, providing perfect fodder for Foxworthy's insightful musings.