Eight years ago Alex's wife was murdered. Today she emailed him.

48K ratings
Currently Out of Stock: We'll get more as soon as possible
Notify Me When Available
Add to Wishlist
Format:  DVD
sku:  66Q7X
91% recommend us! 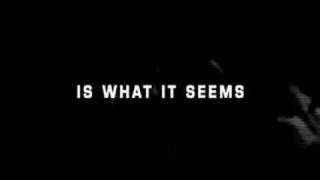 TELL NO ONE starts off innocently enough: sunlight streams through the trees at a gorgeous summer home as an Otis Redding song plays. But the ominous title is apt: the events in this French thriller based a Harlan Coben novel soon turn dark. Happily married couple Alex (François Cluzet) and Margot (Marie-Josée Croze) go for a swim, but their idyllic evening is interrupted by a brutal attack. Alex is knocked unconscious, and his wife is murdered. Almost a decade later, that night still haunts Alex. He receives an email pointing him to a link to a live webcam, where he sees a woman who looks remarkably like his dead wife turn and stare into the camera. Hope and confusion mount, but a discovery at the crime scene causes Alex to become the prime suspect in his wife's death, a murder that was thought to have been solved years ago.

When TELL NO ONE played in its native France, it picked up four César awards, the country's equivalent of the Oscar, and it's easy to see why. Director Guillame Canet (who also plays a small role in the film) has crafted a taut, well-told film. TELL NO ONE's narrative journey is filled with numerous twists and turns, but the audience is content to be along for the ride with Canet at the wheel. There are elements of Hitchcock and THE FUGITIVE, but the film never feels like a rip-off of the classics. It's a gripping, entertaining tale that features solid performances, especially from Canet (L'ENFER) and Kristin Scott Thomas in a supporting role.

Harry Potter and the Goblet of Fire (FS)
$5.58 Spring Sale
Add to Cart

Harry Potter and the Order of the Phoenix (FS)
$4.89 Spring Sale
Add to Cart

The Beat That My Heart Skipped
$6.29 Spring Sale
Add to Cart