For thousands of years, man has been evolution's greatest creation... until now.

90K ratings
Out of Print: Future availability is unknown
Notify Me When Available
Add to Wishlist
Format:  Blu-ray
sku:  36K39
Our customers love us! 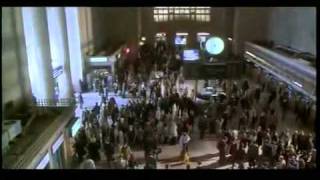 New York Times - 08/22/1997
"...Ominous....The bugs move with scary agility, and the sounds are highly evocative..."
Los Angeles Times - 08/22/1997
"...Del Toro is an expert at the ominous, using a striking visual sense to drench his films with an atmosphere suffocatingly thick with undefined menace..."
Chicago Sun-Times - 08/22/1997
"...Stylishly directed by Guillermo Del Toro, whose visual sense adds a certain texture that makes everything scarier and more effective..."
Sight and Sound - 12/01/2011
"Guillermo del Toro's second feature and first 'Hollywood' film has been undervalued in his output..."

When a cockroach-spread plague threatens to decimate the child population of New York City, evolutionary biologist Susan Tyler and her research associates rig up a species of "Judas" bugs and introduce them into the environment, where they will "mimic" the diseased roaches and infiltrate their grubby habitats. So far so good...until the bugs keep on evolving and learn to mimic their next prey--humans. Noirish, dazzling production work ensconces reliably creepy bug-related thrills. Based on the short story by Donald A. Wolheim.