See it with a bud. 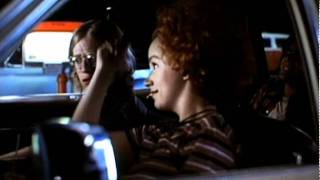 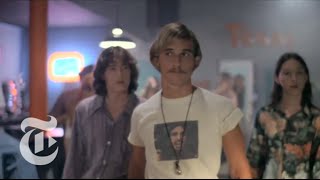 Richard Linklater's DAZED AND CONFUSED takes a hysterical, nostalgic cross-clique look at high school social development. On the last day of school in May 1976, students at a suburban Texas high school wait, lackadaisically, for classes to end. The restless almost-seniors--an eclectic group of stone-heads, fraternal jocks, and snobby sorority girls--can't wait to haze the incoming freshman, an annual event as harrowing for freshman boys as it is humiliating for girls. Amidst this teenage wasteland of drugs, partying, and rock and roll is football star Pink (Jason London), who saves scrawny pre-frosh Mitch (Wiley Wiggins) from being paddled to oblivion by upper-classmates. But Pink has his own battles: he's struggling over the head coach's demand that football players sign a pledge to abstain from sex and all psychoactive substances. When a wild end-of-the-year party is cancelled, the students end up congregating at a beer-blast in the back woods, organized by aging hang-about Wooderson (Matthew McConaughey). In the same way that George Lucas assembled a cast of fresh young faces for AMERICAN GRAFFITI, Linklater here creates an unforgettable cast of characters that are immediately familiar to anyone who has ever been through high school.