The best film version of W. Somerset's Maugham's passionate novel. It tells of the ill-fated romance between a well-to-do crippled medical student and a floozy waitress. Bette Davis is magnificent. 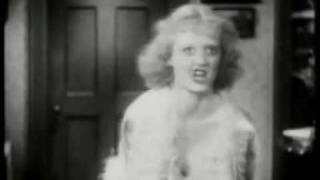 Considered to be the best filming of M. Somerset Maugham's poignant novel, the film tells of the ill-fated romance between a well-to-do club-footed medical student and a vulgar waitress. Bette Davis' performance as the lower-class waitress with a Cockney accent is magnificent.

John Cromwell (THE PRISONER OF ZENDA, THE GODDESS) brings W. Somerset Maugham's novel and Bette Davis's career to life with the spellbinding drama OF HUMAN BONDAGE. Having unsuccessfully tried his hand at painting in Paris, Philip Carey (Leslie Howard) returns home to London. Despite his clubfoot, Philip overcomes his awkwardness and pursues a medical career. Still in medical school, he becomes obsessed with a gruff Cockney waitress, Mildred Rogers (Davis), intent on taking him for all he is worth. When Carey discovers that she is dating other men, he attempts to forget her by striking up a relationship with another woman. The effort fails when Mildred returns to tell Carey she is pregnant. Mildred repeatedly leaves Carey in distress but returns to him when she needs money. Eventually, his devotion to her threatens his career ambitions and his chance for future happiness. Davis is spectacular as the repulsive Mildred, while Howard's quiet, suffering gentleman furthered his own reputation as an outstanding performer.

Considered to be the best screen version of W. Somerset Maugham's 1915 novel about a crippled doctor's passion for a lowbrow waitress and the self-destructive romance that follows, John Cromwell's OF HUMAN BONDAGE was the film that spelled stardom for Bette Davis.

Customer Rating:
Based on 9172 ratings.


I would like to make clear my opinion that the review of the movie is not necessarily what I think the movie is really about. I don't know if "ill-fated romance" is the way to accurately view this movie and the story it was based on. Who is to say that given who Philip and who Mildred are as people, that the romance they did have isn't actually the best possible romance they possibly could have had and possibly will continue to have at the end of the book/movie? Who knows whether Mildred died of lung disease or was rescued by another gentleman only to turn up when Philip and she really needed to see each other years later? The point being: is a romance better being something that enables each party to cannibalize each other's lives or allow each other to go on with the lives they really want but perhaps could not have in conventional ways being with each other?

I also would like to say that even though the print is really difficult to see--the letters they write to each other are almost impossible to see and no one says what the letters say in
words-- that I think this movie should be kept extant by any means possible, because the emotions and mental states the actors express have mainly been lost to the world as well as to cinema in the 80 or so years since the world has drastically changed and no one would be caught nowadays evincing the kinds of feelings these characters were not too full of hubris to emote.

And another correction: I feel Leslie Howard is also magnificent!


Great filming of the classic novel(set here in the 1930's instead of the teens). Watch this and you'll see why Bette Davis is still the acting legend that she is. The scene where she attacks the hero with a barrage of insults is an absolute knockout! Splendid photography and sentimental background music are also big plus's. Highly recommended film.