This is crazy. This is stupid. This is love.

560K ratings
Currently Out of Stock: We'll get more as soon as possible
Notify Me When Available
Add to Wishlist
Format:  DVD
sku:  DW2G
92% recommend us! 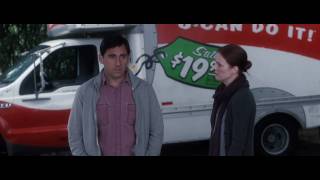 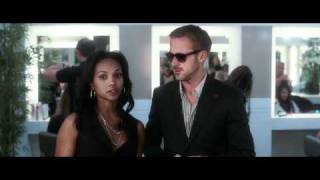 Sad-sack divorcée Cal Weaver (Steve Carell) finds his second wind in life after meeting a handsome young ladies' man who teaches him how to become a master of the modern dating scene. A devoted family man who married his high school sweetheart, Cal had a great house and a stable job when his wife, Emily (Julianne Moore), left him to be with another man. When Emily announces that she's filing for divorce, Cal finds himself awkwardly thrust into the dating scene and begins drinking his nights away at the local pub. Just when it's starting to look as if there's no hope for Cal, confirmed bachelor Jacob Palmer (Ryan Gosling) decides to add some much-needed excitement to the sulking, newly single father's life. Before long, Cal's rough edges have all been smoothed out; he's mastered the fine art of flirting and develops a distinct sense of style that sets him apart from the pack. But just as Cal starts to turn heads, his adolescent son, Robbie, develops a big crush on his teenage babysitter, Jessica. Unfortunately for Robbie, Jessica only has eyes for Cal. Meanwhile, Cal can't help but feel like something substantial is missing from his life, and decides that the only way to set things straight is by listening to his heart.