What if Peter Pan grew up?

957K ratings
Currently Out of Stock: We'll get more as soon as possible
Notify Me When Available
Add to Wishlist
Format:  Blu-ray  (2 Discs)
sku:  36KCD
Our customers love us! 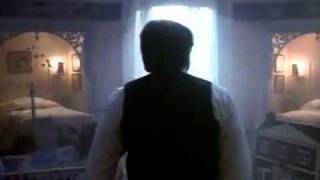 Director Steven Spielberg brings J.M. Barrie's PETER PAN to the screen with a delightfully modernized twist. Forty-year-old Peter (Robin Williams) has grown up to be a workaholic lawyer with more affection for his cell phone than his wife and two children. When the family travels to England to visit Granny Wendy (Maggie Smith), Peter's son and daughter are kidnapped by the villainous Captain Hook (Dustin Hoffman). Peter's faithful pal, Tinkerbell (Julia Roberts), helps him return to Neverland--"Second star to the right and straight on ‘til morning"--to the world Peter has forgotten. There the Lost Boys welcome Peter back and try to get him in shape for his fight with Captain Hook. Peter must somehow remember his long-forgotten boyhood in Neverland and learn how to fly again before he can rescue his children away from the evil clutches of Captain Hook. Bob Hoskins costars as Hook's right-hand man, Smee, and Gwyneth Paltrow, in her first film role, plays the young Wendy. The film received an Academy Award nomination for Best Song for John Williams's "When You're Alone."

Steven Spielberg directed this delightfully grown-up fairy tale about an adult Peter Pan and his evil nemesis, Captain Hook. Peter Banning (Robin Williams) is a 40-year-old corporate lawyer too busy with his work to notice his family. But when Captain Hook (Dustin Hoffman) kidnaps his children, he is forced to remember who he really is: Peter Pan. With the help of Tinkerbell (Julia Roberts), he returns to Neverland and leads the Lost Boys in a fight against Hook's dastardly pirates.