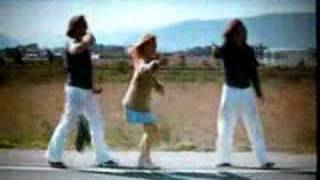 With an original title named after the French term for male genitalia (LES VALSEUSES), Bertrand Blier's early feature lets viewers know right away what they're getting into. For better or worse, Blier doesn't disappoint. Gérard Depardieu and Patrick Dewaere star in Blier's bawdy comedy as Jean-Claude and Pierrot, two drifters who roam about stealing and taking whatever women they want, usually by force. Apparently on a search for nothing in particular except to flout bourgeois values whenever possible, the shameless duo finds targets wherever they turn (including two of France's most prominent actresses, Jeanne Moreau and Isabelle Huppert). Eventually, the two stumble across an unlikely comrade in Marie-Ange (Miou-Miou), a taciturn hairdresser who exerts an oddly calming influence on the rambunctious pair. A daring blend of freewheeling comedy, rampant sex, and unabashed misogyny, Blier's film is not for the timid, but for those who like their humor crude and graphic-and who want to see Depardieu and Dewaere going head-to-head--GOING PLACES certainly won't disappoint.

19%off
Get Out Your Handkerchiefs
$21.10 Super Savings
Add to Cart