A Time for Drunken Horses (Kurdish, Subtitled in English) 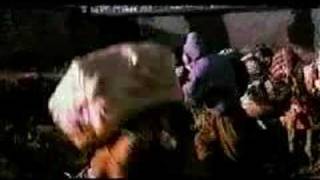 Bahman Ghobadi's tragic, yet unsentimental first feature is influenced by his own childhood in Iran's Kurdistan. In a remote Kurdish village on the Iran-Iraq border, five motherless children endure hardscrabble lives, as heavily burdened by responsibility and loss as a smuggler's mule. Ayoub (Ayoub Ahmadi) and his young sister, Ameneh (Ameneh Ekhtiar-Dini) work at a bazaar to earn money, while simultaneously caring for their tiny, ill brother, Madi (Mehdi Ekhtiar-Dini), who suffers from a form of dwarfism. When a landmine kills their smuggler father, Ayoub must provide for the family, despite his young age. He joins the smugglers, carrying heavy loads on his back through the snowy mountains toward Iraq, while dodging the constant threat of ambush and mines. Pressure on Ayoub increases as poor Madi's illness worsens. An operation in Iraq is Madi's only hope, yet Ayoub's earnings barely cover the family's necessities. A possible solution arises when the children's eldest sister, Rojin (Rojin Younessi) enters an arranged marriage with an Iraqi, who promises to pay for the operation. With its sparse dialogue, rough settings, and intimate view of Kurdish life, Ghobadi's first feature film is a simply told and very powerful tale.