Never Take Off the Mask 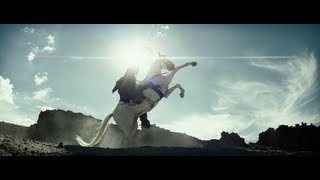 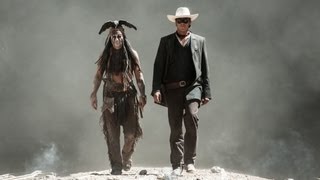 The True Origins Of The Legendary Masked Man

Clayton Moore stars as the legendary Lone Ranger with Jay Silverheels as his faithful Indian companion, Tonto, in this story of the origins of the West's most mysterious hero.

Six Texas Rangers, led by Captain Dan Reid, set out to capture the notorious Cavendish gang. They are led into a trap as they ride through the narrow path in the cliffs known as Bryant's Gap where they are brutally ambushed. All of the Rangers are shot and left for dead. Tonto, a Mohawk Indian scout, happens upon the scene of the massacre and discovers one of the Rangers half alive. Carrying the badly wounded man to the shelter of a nearby cave, Tonto nurses him back to health. The survivor, John Reid tells his story to Tonto and the two become friends.

Wearing a mask as a memorial to his fallen comrades and to protect his identity, armed with silver bullets, astride the magnificent white stallion, Silver, The Lone Ranger is born, vowing to bring justice to the Cavendish gang. The Lone Ranger will go on to strike fear and terror into the hearts of all who would do evil in the old west.

After the evil Cavendish Gang ambushes a group of Rangers, the lone survivor, with his Indian friend "Tonto," comes back to haunt them. The first 3 episodes of the original TV series condensed into feature form.

Indians | Vintage | Television / TV Series
This product is made-on-demand by the manufacturer using DVD-R recordable media. Almost all DVD players can play DVD-Rs (except for some older models made before 2000) - please consult your owner's manual for formats compatible with your player. These DVD-Rs may not play on all computers or DVD player/recorders. To address this, the manufacturer recommends viewing this product on a DVD player that does not have recording capability.


A classic story, classic character,which led to one of T.V.'s most legendary shows. The Superman of westerns, as in TRUTH JUSTICE AND THE AMERICAN WAY. Just what seems in need these days in times of a shakey identity crisis for America, and Americans, and how the world sees us.

The Origin of a Wonderful Hero Movie Lover: Nick from LONG ISLAND -- February, 13, 2004


Return to those thrilling days of yesteryear when good valued television!
In this dvd, you'll learn the origin of one of America's greatest heroes... the Lone Ranger and his companion Tonto