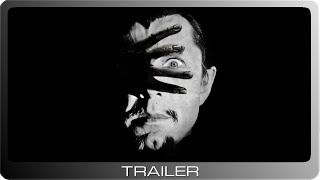 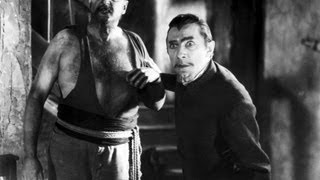 Thus replies Murder Legendre (Bela Lugosi) to John Harron when he inquires about the zombies he encounters on the island of Haiti, the locale of this horror classic. When Harron arrives on the isle with his lovely fiancee, Madeline (Madge Bellamy), a wealthy fellow traveler, Charles Beaumont (Robert Frazer), offers his lush plantation home for their nuptials. Unfortunately, Beaumont has become smitten with Madeline and enters into an unholy alliance with zombie master Legendre to win possession of her - alive or undead. They arrange for Madeline to fall ill and die, and then be resurrected as a zombie - and Charles' love slave. Who will ultimately possess the beautiful bride is decided in the film's final deadly struggle.

Filmed just after he completed Dracula, screen legend Bela Lugosi has one of his most haunting roles in White Zombie Director Victor Halperin weaves a dreamlike web of images - faceless zombies endlessly laboring to push a gigantic mill wheel as it creaks and groans, a single poisoned bridal rose, a shrieking pet vulture, a long white wedding gown that more closely resembles a death shroud - that combine to create a poetic and eerie tale not soon forgotten.

After arriving in Haiti to meet her fiance, a blushing bride-to-be is quickly transformed into a pallid, soulless body by creepy voodoo master Bela Lugosi, at the behest of a jealous rival who desires her. Made for $50,000 in 11 days in 1932, this interesting horror film relies more on visuals and atmosphere than dialogue, and remains one of Lugosi's best films from the classic era of horror.

Customer Rating:
Based on 16432 ratings.


Any fan of Bela Lugosi has to see this film. He is, as usual, evil incarnate - and great at it. It's an old film (1932) and therefore a little rough at the edges but "for you, my friend, they are the angels of death."


I got this DVD when it was a weekly special for forty-nine cents. Never heard of this movie even though I am a fan of 1930s horror films. Well, just like my review title says: the best .49 I ever spent. GREAT movie with a GREAT atmosphere and a GOOD plot. Bela does it again! Enjoy!


Although Lugosi is most closely identified with Dracula, this film may actually be one of his best films.

"White Zombie" is an independent production by the same people who produced the follow up, the "Revolt of the Zombies". This little film is unique in its artistic camera work, its incredible sets (and their creative use) and, above all, its pacing and staging. The movie floats along, much like the German classic "Vampyr" in a dreamy, otherworldly pace.

Several scenes are worth the entire cost of admission: the shot of the young bride through the carved staircase; the scene with the zombies working in the sugar mill, including one of the workers falling into the machine works; the shots of the house on the cliffs above the ocean, the scene of the zombies in the graveyard - these are all classics.

Lugosi is over the top, as usual, but it works, in this tale of lust and power.

Frazer is perfect as the tortured suitor who resorts to turning Madge Bellamy into a zombie. The biggest problem with this film is that Ms. Bellamy's performance is so flat it's hard to tell when she's under the power of the zombie master (Lugosi) or when she's in control of herself.


This has been adequately reviewed here but I would add a vote that it is a real gem and kind of a must-have. The spookiness of the setting remains creepy even today. Thin on plot by today's standards I'll bet this thing scared the bejezzus of folks back when...


One of the many low budget films that Bela Lugosi would make after his career peaked in the early '30s. In spite of a somewhat over zealous music soundtrack and some unintentional humor, I liked this film.

I have always been a huge fan of Bela Lugosi so even though this is not his best, I like it because it is very spooky and Lugosi seems comfortable with his dialog.

I would not call this a classic by any means but it is entertaining and well worth adding to a Lugosi collection.


Film's story and stars' performances have been reviewed adequately elsewhere. This DVD version was obviously made from a fine (for its age) print. But watch out for the dim horizontal bands of color which climb up the screen especially during the darker scenes (of which there are many): I found them quite distracting.


Fresh from his success in Universal's film version of "Dracula", Bela Lugosi scores again in a haunting, albeit slowly paced, tale of love, lust, and possession. There's a turgid tale of morality in this moody, atmospheric story. As other reviewers have noted, the film marks a transitional phase in both cinematography and acting from silents to "talkies", so there is value here that goes beyond the story line.


There are more than a few who consider this to be Lugosi's best performance, and I will say that it certainly is a unique one. The first time I saw this movie, I was falling asleep and didn't particularly appreciate it. Upon subsequent viewings, however, I realized the error in my ways. This extremely moody film, which is an early talkie (1932), has very much the feel, pacing, and acting of a silent film with occasional dialogue.

The print on this DVD is excellent. The first time I saw this movie, the print and sound was pretty awful, which contributed to my dislike. For those who aren't concerned with the frilly extras that the $25 version you can get of the DVD offer, this version is the way to go. Oldies.com rules!