Get email alerts for Cliff Richard
Currently Out of Stock: We'll get more as soon as possible
Notify Me When Available
Add to Wishlist
Format:  CD
sku:  ZENG 67742
Our customers love us! 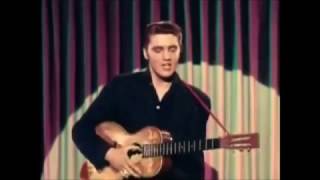 In 1958, Cliff Richard became the first real-deal British rock star when his debut single "Move It" became a massive hit in the U.K. Compared to most of the first crop of English rock & rollers, Richard seemed at least a reasonable approximation of the genuine article imported from the United States. By the time the Beatles changed the game in the early '60s, Richard had already begun easing into more polished and mature sounds, and through most of his career he's been an all-purpose pop star, dividing his time between secular and Christian music when he's not busy with television appearances. But Richard still takes a stubborn pride in his status as a British rock pioneer, and at the age of 76 (a mere 58 years after "Move It"), he's released a collection of first-era rock & roll tunes performed in vintage style titled Just....Fabulous Rock 'n' Roll. Recorded in Nashville with a studio band clearly conversant in vintage rock and R&B, Just....Fabulous Rock 'n' Roll reveals Richard's voice is in remarkably good shape for a man his age, and his instrument and his instincts serve him well here. An updated version of "Move It" shows Richard has his vocal chops, he unexpectedly brings some sly spirit to a version of John Lee Hooker's "Dimples" (he also recruited Peter Frampton to play strong guitar on the track), and two new songs in the classic rock & roll style show he doesn't have to spend all his time strolling down memory lane. Just....Fabulous Rock 'n' Roll is a well-crafted effort in pop nostalgia from a founding father of British Rock. ~ Mark Deming