The Phantom of the Opera (Silent)

One of the greatest horror thrillers of all time this classic silent film features the original restored color sequence. 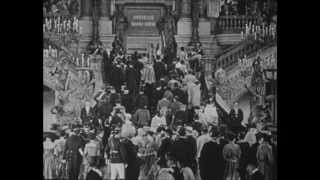 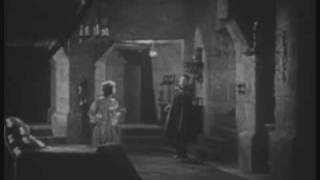 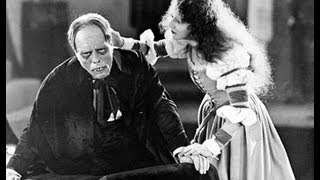 One of the greatest horror thrillers of all time, this classic silent film features the original restored color sequence.

The majestic Paris Opera House rises high above the catacombs, the long forgotten dungeons and torture chambers of the city of Paris. Lon Chaney gives his greatest performance as the Phantom, the vengeful composer who wears a mask to hide his hideous deformed face. His love for a young prima donna takes a sinister turn when he abducts her and carries her away to his lair in the depths of the catacombs. The unmasking of the Phantom is one of the most chilling and unforgettable moments in motion picture history.

19%off
The Hunchback of Notre Dame
$12.10 Super Savings
Add to Cart

The Cabinet of Dr. Caligari
$20.30 Super Savings
Add to Cart

The Hunchback of Notre Dame (The Film Detective Restored...
$10
Add to Cart


The first time I saw "Phantom of the Opera", it was when I was 12 years old. A friend had a 15 minute "highlight" reel that showcased several of the most important scenes. I think my friend had ordered it from an ad in the back of a comic book. The film was grainy and was badly edited but after it was over, I knew I had seen something great.

Years later, I was delighted when "Phantom" was released on DVD. This is a real gem and I think even people who today are turned off by silent films will appreciate this one.

Lon Chaney gives the performance of his life in this and all of his talents, from make-up to pantomime, are on display. His character is tragic and frightening and as you watch, you will find Chaney taking you from revulsion to sympathy and back again.

"Phantom" has all the elements of a true horror film but it is so much more than that. It is also a love story, a drama and perhaps even, a black comedy.

I encourage film students and film lovers to add this classic to their DVD library.


This has to be one of the greatest silent movies of all time, as well as one of the best horror movies ever made! Lon Chaney is perfect in his role of Erik, the deformed man who brings terror to an opera house... all to bring fame to the understudy he has fallen for. The DVD isn't that bad, some scenes it gets really dark and scratchy. But the DVD still has the colorized scene. All in all, worth the small amount the charge for it!

50%off
Meat Loaf
Classic Albums: Bat Out of Hell TOP 25 Bestselling DVD
$3.98 Out of Stock
Save for Later