What's meant to be will find a way. 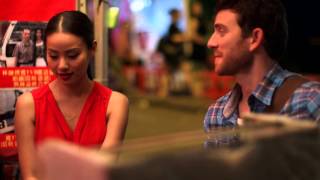 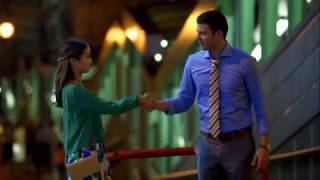 Already Tomorrow in Hong Kong In this sparkling romance, Ruby (Jamie Chung, Big Hero 6), a Chinese-American toy designer from L.A., visits Hong Kong for the first time on business. Finding herself stranded, she meets Josh (Bryan Greenberg, Friends with Benefits) an American expat who shows her the city. Meandering through nighttime streets pulsing with energy and possibility, they fall into a winding and carefree conversation, buoyed by an undeniable attraction. Just as things start to look promising romantically for the pair, the night is stopped short by a surprising revelation. A year later, Josh and Ruby run into each other on the ferry from Hong Kong to Kowloon. Ruby is now living in Hong Kong full time. Josh, partially influenced by Rubys advice a year prior, has quit his finance job to write full time. After finding out that theyre both with someone else now, they make amends and end up spending all night hanging out in Kowloon -- from bargaining at the Temple Street Market to an impromptu visit to the bird fortune teller. By the time Josh and Ruby get to an underground music club, they can no longer hide their feelings for each other. But when the opportunity presents itself at the end of the night, will either of them dare to make the next move and betray the person theyre involved with? As effervescent as a perfect first date, this charming walk-and-talk romance takes full advantage of the chemistry of its leads, the playfulness of their exchanges, and the magical landscape that is Hong Kong at night. Blu-ray features surround sound, official Already Tomorrow In Hong Kong trailer, commentary track with Director Emily Ting, special alternate endings, Behind the Scenes Featurette, along with English subtitles for the deaf and hearing-impaired.

Suspense | Thriller | Revenge
This product is made-on-demand by the manufacturer using Blu-ray BD-R recordable media. Almost all Blu-ray players can play BD-Rs, but the player might record an update from the manufacturer.