You can go to places in the world with pudding. 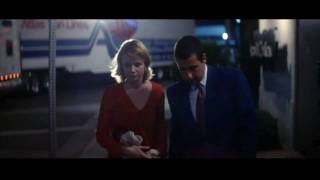 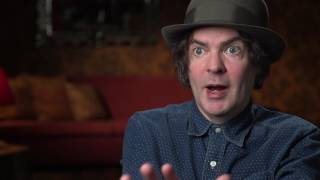 Jon Brion on the Rhythms of PUNCH-DRUNK LOVE (Trailer) 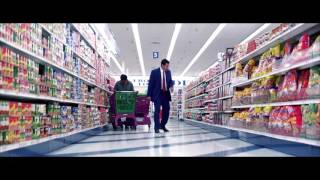 Jon Brion on PUNCH-DRUNK LOVE and the Hollywood Musical (Featurette)

Paul Thomas Anderson follows 1999's MAGNOLIA with the intensely compelling character study PUNCH-DRUNK LOVE. Barry Egan (Adam Sandler) is a quiet, shy, socially awkward man with an office in an out-of-the-way warehouse. He is dedicated to his job as a wholesale toilet plunger salesman, he keeps a nice apartment, and he is obsessed with special offers on grocery store products. Barry's latest fixation is on frequent flier miles included with the purchase of Healthy Choice foods. Barry wears a bright blue suit, though he doesn't know why. With seven outspoken sisters, Barry is constantly being nagged, questioned, and berated. He is challenged to explain the reasons for his actions, and it eventually becomes clear that Barry cannot control his often-violent impulses, a trait which is increasingly problematic. When a beautiful woman, Lena Leonard (Emily Watson), walks into his life with an instinctive attraction to him, a nonjudgmental attitude, and unconditional love, Barry undergoes a powerful transformation.

Anderson's film is a tour-de-force for which he garnered the Best Director award at Cannes 2002. Set primarily in Los Angeles and Utah, he shoots either bleak deserted spaces (apartment building hallways) or lush, exotic paradises (Hawaii). Aiming for a Technicolor look, the blue of Barry's suit in contrast with Lena's solid pinks, reds, and whites, pops off of the screen. Colorful interludes designed by visual artist Jeremy Blake offer hallucinogenic lapses from the action of the film, while the rapid percussive score by Jon Brion keeps the suspense and the emotional exasperation of the film on a constantly high level.