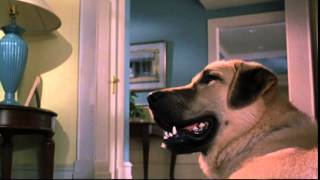 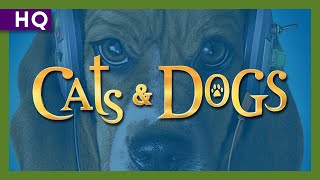 In the outrageous comedy CATS & DOGS, Professor Brody (Jeff Goldblum) is on the verge of discovering a chemical formula that would give humans immunity to dog allergies, making dogs the clear favorite of humans over cats, their age-old enemies. When a power-mad white Persian cat named Mr. Tinkles (voiced by Sean Hayes) decides to kidnap the professor and his family and attempt to reverse the formula, making all humans allergic to dogs, canine operative Butch (voiced by Alec Baldwin) and young, hapless recruit Lou (voiced by Tobey Maguire) must stop Mr. Tinkles's nefarious plans.

Blending live action with realistic puppetry and seamless computer animation, CATS & DOGS reveals an amusingly secretive world of talking felines and canines where cats parachute out of stealth planes in night-vision goggles and dogs operate hi-tech computer equipment. And in one of the film's most stunning sequences, a Russian mercenary kitten attacks the Brody household with an arsenal of weapons including plastic explosives and bladed boomerangs. Entertaining for both children and adults, the film also features Elizabeth Perkins and the vocal talents of Susan Sarandon, Jon Lovitz, Michael Clarke Duncan, and Joe Pantoliano.

George of the Jungle
$6 Super Savings
Add to Cart

16%off
Garfield the Movie
$8.40 Super Savings
Add to Cart

16%off
The Incredible Journey (DVD)
$8.40 Super Savings
Add to Cart