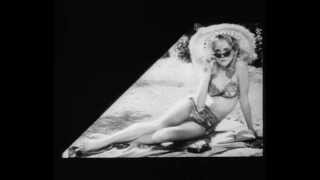 "Are you Quilty'"--Humbert Humbert (James Mason)
"No, I'm Spartacus. Have you come to free the slaves or somethin''"
- Quilty (Peter Sellers), in a reference to Kubrick's classic 1960 film
"Hum, you just touch me and I--I go as limp as a noodle. It scares me."--Charlotte (Shelley Winters)
"Yes, I know the feeling."
- Humbert

Stanley Kubrick's adaptation of Vladimir Nabokov's controversial LOLITA is a wicked satire of sexual obsession, sadomasochism, and fetishism. When mild-mannered professor Humbert Humbert (James Mason) arrives in the small town of Ramsdale, New Hampshire, he is immediately set upon by his landlady, Charlotte Haze (Shelley Winters), and her adolescent daughter, Lolita (Sue Lyon). Although Humbert gets involved with Charlotte, it is Lolita with whom he becomes obsessed. When Charlotte sends her daughter away to summer camp (the aptly named Camp Climax), Humbert becomes consumed with jealousy. He finally takes Lolita out of camp and heads out alone with her. He is pestered along the way by Clare Quilty (played magnificently by Peter Sellers), who threatens to expose him. But nothing can break the hold Lolita has over Humbert.

From the opening credits sequence--a close-up of a man's hand (with a wedding ring) carefully polishing a young girl's toenails--Kubrick's biting, darkly comic LOLITA burns with sexual energy as it follows the debasement of an intelligent, worldly man in a series of carefully choreographed long takes that boil over with psychosexual tension. Although little physical contact is shown, Kubrick hints at it beautifully, especially in the drive-in scene in which both Charlotte and Lolita grab on to Humbert's hands. And yet given the serious nature of the subject matter, Kubrick pauses long enough to include a riotous slapstick scene of Humbert and a bellhop struggling over a cot as Lolita sleeps quietly on the bed, as well as Quilty playing Ping-Pong with a seemingly endless supply of balls. Stanley Kubrick's highly controversial masterwork is a fascinating look at pedophilia and sexual taboos that lead to obsession and murder.

Humbert Humbert, a middle-aged professor, becomes totally infatuated by Lolita, a nubile and flirtatious teenage girl. His infatuation grows into sexual fixation, leading him to woo Lolita's mother, Charlotte, in an effort to be near the object of his desire. Dating culminates in marriage, but Lolita's mother eventually learns the truth about Humbert's affections for her daughter.