On the long road, friendship is everything. 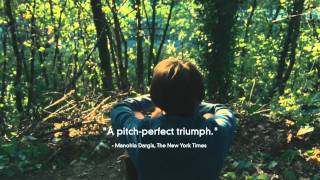 On the heels of her critically lauded OLD JOY, Kelly Reichardt delivers another deeply resonant portrait of a dying America with WENDY AND LUCY. In OLD JOY, two men provided the heart and soul of the story. This time, the film is centered on a young woman, played with utter conviction and selflessness by Michelle Williams (BROKEBACK MOUNTAIN). Williams is Wendy, a down-on-her-luck woman who has driven across-country with her dog, Lucy, in search of a better life in Alaska. Wendy can barely support this journey, and when her car breaks down in Oregon and she becomes separated from Lucy, her predicament becomes even more dire. In a world that doesn't seem to know she even exists, Wendy befriends a local security guard (Wally Dalton), who gives her a tiny fraction of hope.

Considering this film together with OLD JOY, it's obvious that Reichardt has shot up in the ranks of American auteurs. She is becoming a master of minor features that feel like the best short stories, a sort of cinematic Raymond Carver. Credit is obviously bestowed upon the marvelous Williams, who is in almost every shot of the film, and who delivers an astonishingly honest performance. But everything about this film reeks of truth, most noticeably Sam Levy's restrained but beautiful cinematography, and Reichardt's patient editing. WENDY AND LUCY is a tribute to marginalized characters that the movies, and the real world, would usually rather ignore.

The Death of Mr. Lazarescu
$17.20 Super Savings
Add to Cart