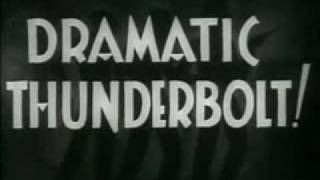 Mob boss Louie Ricarno is leaving "the game," quitting the beer-running rackets and settling down in Florida to write his memoirs and live the good life with his new bride. Yet Ricarno's past returns to spoil his happiness, plunging him back into an underworld of violence and payback.

Top-billed Lew Ayres, just two months removed from his success in All Quiet on the Western Front, plays Ricarno in a machine-gunning Pre-Code saga. Adding extra excitement is James Cagney in his second film, giving a live-wire portrayal as a trusted mob lieutenant who secretly romances the boss' wife. Billed sixth but given much screen time in the film's first hour, Cagney confidently serves notice of an actor on the rise. Barely six months later, he would lay claim to stardom in his fourth film, the seminal gangster classic The Public Enemy.

In this early talkie, a vicious crime lord (played by Lew Ayres in a rare villainous role) decides that he has had enough and much to the shock of his colleagues decides to give the business to his second in command (James Cagney in hi second film role) and retire to Florida after marrying his moll. Unfortunately, he has no idea that she and Cagney are lovers. Part of the reason the don wants to leave is to keep his young brother, who idolizes him, from learning the awful truth about his avocation. Soon after moving down to Florida, former rivals kidnap the brother and kill him, causing the reformed gangster to come back for deadly revenge. This was an innovative film and featured a lot of elements that would become standards in the gangster genre including tommy guns carried in violin cases, terrible shoot-outs, and lots of rum-running rivalry.

Rivalry | Death | Love Triangle | Escape | Crime | Gangsters | Brothers | Revenge | Kidnapping | Love Triangles | Criminals | Battles | Weapons
This product is made-on-demand by the manufacturer using DVD-R recordable media. Almost all DVD players can play DVD-Rs (except for some older models made before 2000) - please consult your owner's manual for formats compatible with your player. These DVD-Rs may not play on all computers or DVD player/recorders. To address this, the manufacturer recommends viewing this product on a DVD player that does not have recording capability.

The Star Witness
$18 on Sale
Add to Cart