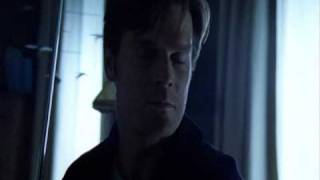 A nervy, claustrophobic look at post-9/11 anti-terrorism hysteria, CIVIC DUTY asks the difficult question: What would you do if you thought you next-door neighbor might be a terrorist' Our proxy in this rapid slide into paranoia is Terry Allen (Peter Krause, SIX FEET UNDER) a newly unemployed accountant. With large amounts of free time, Terry finds himself glued to cable news channels and their constant updates of homeland security and threat of jihad from Muslim extremists. After noticing that Gabe (Khaled Abol Naga), the new neighbor across the courtyard in his apartment complex, is Middle Eastern and is often carrying boxes into his apartment with other Middle Eastern men, Terry becomes suspicious. After he notifies an FBI agent (Richard Schiff) of Gabe's possibly dangerous activities, Terry's own behavior becomes increasingly manic and dangerous, threatening both his marriage and his sanity.

A small film that effectively poses difficult questions, CIVIC DUTY boasts a fine performance from Krause (who is also co-producer). His character allows us to identify and sympathize with him even as his behavior becomes borderline psychotic. Director Jeff Renfroe's frequent quick cuts and close-ups give the film the look of a slick, Hollywood production though it essentially moves with the economy of a stage play, and his use of details (such as exorbitant gas prices and increasingly mechanized customer service) nicely help to convey Terry's increasing alienation. Though the film is timely in its view of Bush-era persecution (it could be seen as a flip side to Michael Winterbottom's THE ROAD TO GUANTANAMO), it's also a tense, timeless story of witch-hunt paranoia that could be applied to nearly any era of political conflict.