Being Elmo: A Puppeteer's Journey PG 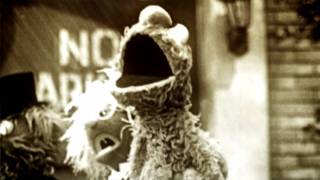 Most American parents are very much aware of Elmo, the child-like fuzzy red Muppet on SESAME STREET who has become a favorite among the show's youthful audience. But far fewer people know the name Kevin Clash, the puppeteer who brings Elmo to life, and filmmaker Constance Marks introduces viewers to the man behind the Muppet in this documentary. Clash, a big and burly-looking man with a large reserve of shyness, was born and raised in Baltimore and was something of a loner in his youth, but found a way to express himself when he discovered puppetry. In his teens, Clash began building his own puppets (once destroying one of his father's coats to use as material for his latest project), and showed a remarkable talent for the art. Clash worked on a variety of television shows and movies before being hired to work on SESAME STREET, where he formulated his most famous character. BEING ELMO: A PUPPETEER'S JOURNEY offers a backstage look at Clash's life and times, a look into his working methods, and insight into how he informs Elmo's personality and uses the character to send a positive message to the world. BEING ELMO received its world premiere at the 2011 Sundance Film Festival.

17%off
The Happytime Murders
$12.50 Super Savings
Add to Cart