The Road to El Dorado PG

They came for the gold. They stayed for the adventure. 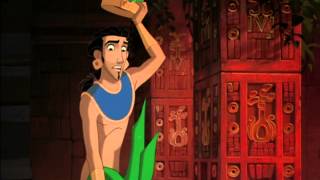 The Road to El Dorado - Trailer

Two eccentric con artists, Tulio and Miguel, are shooting craps in the sun-squelched streets of 16th-century Spain when they win a sacred map charting the way to El Dorado, the lost City of Gold, and see it as their ticket both to adventure and an enormous fortune. With the map in hand, they stow away on the ship of evil Spanish leader Cortez, bound for Cuba. By chance, the two men are thrown off course and find themselves in a lush and vibrant rainforest replete with exotic animals, hidden waterfalls, and traces of an Indian civilization. Stumbling upon the gate to El Dorado, Tulio and Miguel are thought to be gods by a group of Mayan natives, and they are led into the heart of the city for a special welcoming ceremony. There they meet the adorable Chel, a con artist herself, who practically bests them at their own tricks. In the end, the two friends must choose whether they will stay and enjoy life in the magical city of El Dorado or make off with the gold and return to Western culture as rich men.

THE ROAD TO EL DORADO is the animated tale of two con men who discover a secret map that leads to the lost City of Gold, El Dorado. After a long, distracted journey, the pair finally lands at the gates of the mystical city, only to be mistaken for gods. Enjoying a pampered existence, they must decide for themselves if they should remain in El Dorado or steal the gold and return to life in the Western world as outrageously wealthy men. The animation itself is vibrant and well researched, making for an enjoyable viewing experience for individuals of all ages.

17%off
Spirit: Stallion of the Cimarron
$12.50 Super Savings
Add to Cart