Think this is what they do all day? 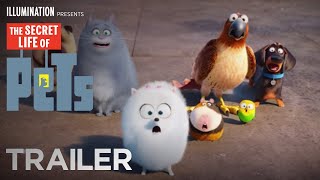 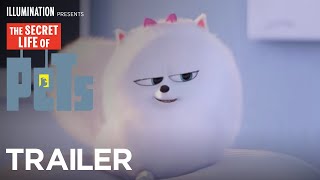 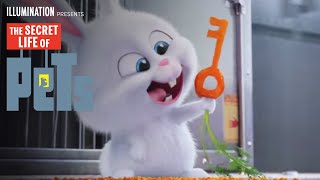 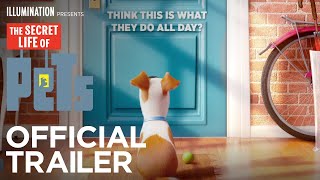 Empire - 06/20/2016
3 stars out of 5 -- "[I]t’s a likable film, with a witty script worthy of the comedic talent providing the voices."
Hollywood Reporter - 06/16/2016
"On the technical side, there are some marvels here -- especially Renaud’s vision of a vertically exuberant New York City, with skyscrapers stretching beyond the frame and fire escapes leading forever upwards into different apartments and different lives, as if we’re seeing everything from the viewpoint of a dog..."
The Guardian - 06/26/2016
3 stars out of 5 -- "[I]t does deliver brilliantly when it comes to visual jokes, action set pieces, physical comedy and unabashed silliness."
A.V. Club - 07/07/2016
"Cinco Paul, Ken Daurio, and Brian Lynch’s script includes some clever observations on the dynamic between animals and humans, and some funny lines 'for the grownups'..." -- Grade: B
RogerEbert.com - 07/08/2016
3 stars out of 4 -- "THE SECRET LIFE OF PETS is a kind-hearted, sweet story about the unique relationship not only between pets and their owners but between pets and major cities like New York..."
New York Times - 07/07/2016
"Fans of 'Modern Family' will be happy to hear Eric Stonestreet as a big furry dog. Fans of Kevin Hart who want more after CENTRAL INTELLIGENCE and RIDE ALONG 2 will enjoy his impersonation of an angry bunny."
Rolling Stone - 07/06/2016
3 stars out of 4 -- "[T]otally irresistible....[The filmmakers] know how to use this TOY STORY with critters to get loads of laughs and put a lump in your throat."
Entertainment Weekly - 07/07/2016
"THE SECRET LIFE OF PETS anthropomorphizes the things we love, endowing them with colorful voices and oddball personalities....Louis C.K. lends his slightly neurotic tonsils to our hero, Max..." -- Grade: B-
The Atlantic - 07/08/2016
"[T]here’s something quietly therapeutic about spending 90 minutes with some nutty, heroic furballs on a hero’s journey with very low stakes."
Boston Globe - 07/07/2016
"THE SECRET LIFE OF PETS delivered the trailer of the year by giving just a hint of what your beloved pooches and kitties do the moment you’re out the door..."
Variety - 06/16/2016
"[T]he personalities are completely fresh....PETS is the studio’s most accomplished feature, from both a story and animation standpoint, tapping into an endlessly expandable core concept..."

DESPICABLE ME 2 director Chris Renaud takes the reins for this Illumination Entertainment production centering on the adventures of a privileged inner-city terrier who teams with a spirited mongrel to prevent a sinister bunny from assembling an army of abandoned pets to stage a massive uprising.