A film about self-discovery and triumph based on the popular play. 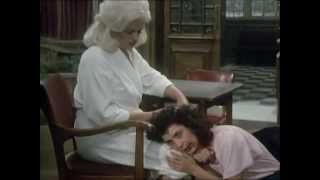 Six women from diverse backgrounds meet on ladies day in a London bathhouse where they share the most intimate details of their lives, loves, dreams and frustrations. Adapted from the play by Nell Dunn.

This adaptation of Nell Dunn's play focuses on a group of diverse English women who go to a bathhouse each week. There, they talk about their lives and discover they might not be so different after all. The ladies include Sarah, a successful attorney; her friend Nancy, whose husband has run off after 17 years of marriage; Josie, a promiscuous young woman who discusses her numerous flings; and Violet, the establishment's manager.
When the ladies hear that the bathhouse is to be shut down, they try to find a way to save it...