The Untold Story Behind the Miracle on the Hudson. 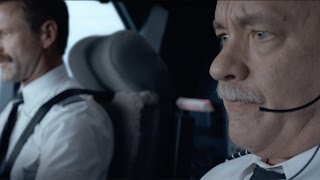 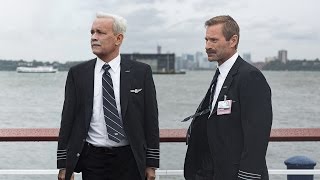 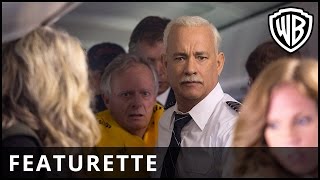 Sully: Miracle on the Hudson - The People Behind the Miracle Featurette - Warner Bros. UK 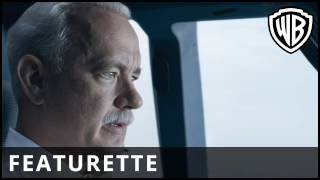 Entertainment Weekly - 09/02/2016
"[I]t’s an effectively thrilling story of quietly unassuming, can-do American heroism—the kind, sadly, we don’t get to witness much these days." -- Grade: B
Los Angeles Times - 09/08/2016
"Efficient and effective in Eastwood's experienced hands, SULLY has interwoven a crisp and electric retelling of the story of the landing we know with a story we do not, a version of what happened behind the scenes..."
RogerEbert.com - 09/09/2016
3 stars out of 4 -- "[I]t will keep you fully engrossed....A porterhouse of a movie that touches your heart."
A.V. Club - 09/06/2016
"Sullenberger is played by Tom Hanks with the kind of from-the-gut effortlessness that has distinguished the great male performances in Eastwood’s films." -- Grade: A-
Entertainment Weekly - 09/02/2016
"Hanks, of course, brings a career’s worth of excellence, depth, good will, and trust-me assurance to the story..." -- Grade: B
Rolling Stone - 09/07/2016
3.5 stars out of 4 -- "The movie earns your attention and respect by digging deep, by finding the fear and self-doubt inside a man who'd never accept being defined as a hero. It's an eye-opener."
Boston Globe - 09/08/2016
"The climax, understated yet triumphant, simply gives us the catastrophe as it was experienced in the frame of the cockpit, choice by hectic, coolheaded choice. It’s a surprisingly successful gambit."
New York Times - 09/08/2016
"The movie is economical and solid, and generally low-key when it’s not freaking you out....Mr. Eastwood is also very good at his job, a talent that gives the movie its tension along with an autobiographical sheen."
Total Film - 11/30/2016
3 stars out of 5 -- "It’s well-made and impeccably acted by all concerned, while the re-enactment of the emergency landing itself -- which we get to see twice -- is convincing down to the last detail."

Tom Hanks stars in this portrait of airline pilot Chesley "Sully" Sullenberger, which depicts his successful emergency landing of an Airbus A320 on the Hudson River in January 2009. In the aftermath of this unprecedented and heroic feat, the traumatized pilot must endure second-guessing by investigators, the weight of sudden fame, and his own doubts about his actions that fateful day. Anna Gunn, Laura Linney, and Aaron Eckhart co-star. Directed by Clint Eastwood.