17 ratings
Out of Print: Future availability is unknown
Notify Me When Available
Add to Wishlist
Format:  DVD  (3 Discs)
item number:  36GJK
92% recommend us! 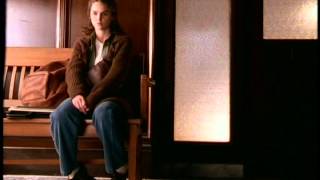 This popular WB melodrama followed the trials and tribulations of Felicity Porter (Russell), a young woman who ditches her plan to become a doctor when she decides to follow the boy she's had a crush on for four years to NYU. Though her parents had other plans for her, Felicity decided to follow Ben when, after never having spoken to him all through high school, she asked him to sign her yearbook and found herself startled by what he had written. Upon arriving at school, Felicity's world immediately changes and she begins to question and reevaluate her entire life as her relationship with Ben turns out far differently than she expected and she finds herself attracted to a sensitive young student named Noel.

With her winsome good looks and startling mane of blond curls, Ms. Russell's perpetually confused Felicity immediately struck a chord with younger female viewers who made the show one of its fledgling network's few bona fide hits. Combining an affecting coming of age story with soap opera worthy melodrama, FELICITY is an excellent and thoughtful dramatic series.