The Light Between Oceans PG-13 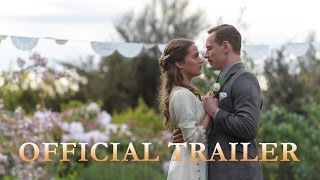 The Light Between Oceans Official Trailer 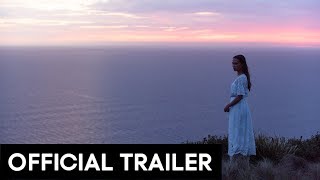 A.V. Club - 09/01/2016
"THE LIGHT BETWEEN OCEANS sucks you in with the beauty of its landscapes, the elegance of its period detail, and the chemistry between two blindingly attractive stars who might actually be in love." -- Grade: B-
The Guardian - 08/31/2016
4 stars out of 5 -- "[T]here are oceans of tears in this surging and swirling emotional melodrama from writer-director Derek Cianfrance....With strong, heartfelt, ingenuous performances from Alicia Vikander and Michael Fassbender."
Los Angeles Times - 09/01/2016
"As lusciously photographed in a hundred different golden-pink sunset hues by the cinematographer Adam Arkapaw, the place is an almost unseemly repository of cinematic beauty....Tom and Isabel are very much of a piece with the movie’s radiance..."
New York Times - 09/01/2016
"The film’s solemn visual rhythms exert an almost hypnotic spell....Mr. Fassbender and Ms. Vikander make one of the most compelling pairs of screen lovers..."
Washington Post - 09/01/2016
"With its exquisite scenery, romantic tale of passion and dire misfortune, swelling musical score and leading actors who are one of Hollywood’s most attractive real-life couples, THE LIGHT BETWEEN OCEANS has all the markings of a class act."
RogerEbert.com - 09/02/2016
"Derek Cianfrance has undeniable skill with actors....That skill is evident here mostly in Fassbender’s largely internal turn."
Empire - 10/25/2016
3 stars out of 5 -- "Vikander puts in an absorbing performance....Fassbender comes into his own here as his character wrestles with his conscience..."

An Australian World War I veteran (Michael Fassbender) takes a job as a lighthouse keeper on an isolated island. He meets his future wife (Alicia Vikander) at the nearest coastal town, and the two begin their new life alone at the lighthouse. Once settled, a lifeboat washes ashore with a newborn inside, and the couple raise the infant as their own. Rachel Weisz co-stars in this adaptation of M.L. Stedman's novel, which was written and directed by Derek Cianfrance (BLUE VALENTINE, THE PLACE BEYOND THE PINES).

Far from the Madding Crowd
$5.59 Winter Sale
Add to Cart