Only Joan knows the real reason she fainted at her engagement party and suddenly deserts her fiance. 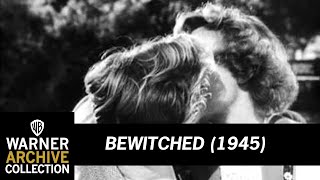 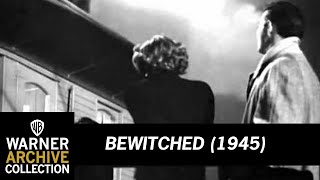 Only Joan (Phyllis Thaxter) knows the real reason she fainted at her engagement party and suddenly deserts her fiance, Bob (Henry H. Daniels, Jr.). It's the command of the sinister, vengeful "Karen," a terrifying alternate personality raging inside Joan who will ultimately direct her to kill. Not even the psychiatrist (Edmund Gwenn) who discovers her fate can stop the tormenting voice that controls Joan's every move -- forcing her to run, to hide, to plot and to murder.

Radio legend and 3-D pioneer Arch Oboler brings his story, ALTER EGO, to the screen in a low-budget yarn that benefits from a strong cast and direction. Joan Ellis (Phyllis Thaxter) hears a voice in her head (in flashbacks) shortly before she is to be married. She flees to another city and even takes up with another man to rid herself of the voice, but random words bring it back at unexpected moments. The voice ultimately tells her to kill her husband-to-be, and when a psychiatrist (Edmund Gwenn) determines on the eve of her execution that Joan is possessed by a split personality, a struggle ensues to see which one will survive. Oboler uses radio techniques and tense scripting to bring his thriller to visual life.

Psychodrama | Murder | Doctors | Crime
This product is made-on-demand by the manufacturer using DVD-R recordable media. Almost all DVD players can play DVD-Rs (except for some older models made before 2000) - please consult your owner's manual for formats compatible with your player. These DVD-Rs may not play on all computers or DVD player/recorders. To address this, the manufacturer recommends viewing this product on a DVD player that does not have recording capability.