Available: Usually ships in 2-5 business days
Only 8 copies left
Add to Cart
Add to Wishlist
Format:  CD
item number:  ZITA 0747
Related products:
Gift Of Gab: Escape 2 Mars for $13.10
System Of A Down: System of a Down for $8.20
Our customers love us! 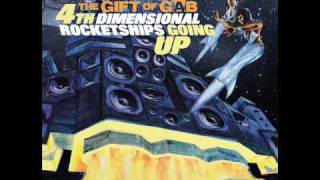 The Gift Of Gab - To Know You (Music Video) 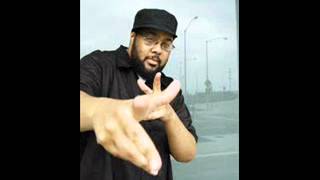 Personnel includes: Gift Of Gab, Vursatyl.
Personnel: Gift of Gab (background vocals); Herman Brown (guitar); Vitamin D (turntables); Choklate, Will King, Omega Rae, Vursatyl (background vocals).
Audio Mixer: Vitamin D .
It's long been clear that Gift of Gab has much more to say than he's been afforded on Blackalicious full-lengths. A rapping tongue-twister, he not only sprays syllables but proves surprisingly articulate (and humble), filling Blackalicious releases with songs that cover personal foibles and social issues alike, but relate everything on a global scale. His first solo album, 4th Dimensional Rocketships Going Up, is slightly more organic and mellow than Blackalicious material, with sinewy basslines winding themselves around their beats, and atmospheric samples deep in the mix repeating themselves until they reach a near state of nirvana. Gab spends a lot of time preaching, but he never puts himself above the messages he delivers, and often provides additional enlightenment from his own failures; "Rat Race" touches on troubles ranging from quitting smoking to paying his cable bill, while on "Up" an immigrant cabdriver teaches him to disregard American ghettos for a minute to feel fortunate he's a member of the First World. (Fortunately, his cadence is so quick on these tracks there's no time for the melodrama to sink in.) He also indulges in a little nostalgia, spinning tales of Gazelles, Jheri curls, The Great Space Coaster, and Krush Groove on "Welcome Back," and he proves his battle skills on "Real MCs" and "The Writz." The energy possessed by every Blackalicious LP has ebbed a bit with only half the crew in effect, but 4th Dimensional Rocketships Going Up delivers what every fan wants to hear: more quality material from one of the best underground rappers in the business. ~ John Bush

83%off
At Peace with Nature: Wondrous Waterfall
99¢ on Sale
Add to Cart