Beauty and the Dogs 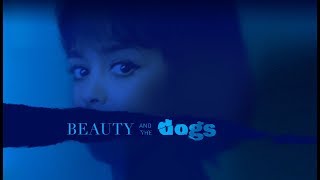 Los Angeles Times - 03/22/2018
"Ben Hania tells the agonizing story in nine chapters, each a single, uninterrupted shot. Her stylistic choices -- the fluid camerawork, the heightened palette edging from dream to nightmare -- initially intensify the drama."
Washington Post - 04/04/2018
"BEAUTY AND THE DOGS confronts issues rarely addressed so frankly -- at least in this part of the world -- with a story that is both powerful and important."
New York Times - 03/22/2018
"The result is an unapologetically feminist and furiously single-minded movie....The filmmaking is so striking -- and Ms. Al Ferjani so movingly, indefatigably resolute -- it’s impossible not to persevere right along with her."

After a party, a young Tunisian woman named Mariam (Mariam Al Ferjani) is raped by the local police. Accompanied by Youssef (Ghanem Zrelli), a man she met earlier that night, she stands up for herself by going to the hospital and then the police station to report the crime perpetrated by their fellow officers. BEAUTY AND THE DOGS was directed by Kaouther Ben Hania, and adapted from a memoir by Meriem Ben Mohamed.

Tender Scoundrel
$9.10 Discontinued
Out of Print
Save for Later