Friendship has its benefits. 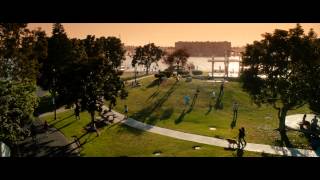 Wall Street Journal - 01/21/2011
"Both of the actors, like their characters, seem to be enjoying themselves with a graceful sense of self-irony that inoculates them against narcissism."
New York Times - 01/20/2011
"The pleasures of NO STRINGS ATTACHED are to be found in the brisk, easy humor of some of Ms. Meriwether's dialogue and in the talented people scattered around Ms. Portman and Mr. Kutcher..."
USA Today - 01/21/2011
"There are humorous moments....There's chemistry between leads Natalie Portman, who plays Emma, a driven medical student, and Ashton Kutcher as Adam..."
A.V. Club - 01/20/2011
"Jake Johnson and Ludacris provide amusing support as Kutcher's crew, and Kline livens up his every scene..."
Movieline - 01/20/2011
"[N]early all the performers here -- not just the movie's two stars, Ashton Kutcher and Natalie Portman, but an array of likable and extremely well-cast second bananas -- seem to be having a good time, and their easy-going geniality keeps the movie putting along..."
Total Film - 04/01/2011
3 stars out of 5 -- "[T]he film's real ace is Portman, who flexes superior comic timing while striking up a surprisingly heated chemistry with [Kutcher]..."
Sight and Sound - 04/01/2011
"Portman and Kutcher are a decent match, and amusing support comes from Kevin Kline..."

Lifelong friends Adam (Ashton Kutcher) and Emma (Natalie Portman) attempt to avoid falling in love after falling into each other's beds in this comedy exploring the complexities and quirks of having friends with benefits. Adam was a typical, hormonal 14-year-old when he first came on to Emma at summer camp -- and got shot down in flames. In the years that followed, however, Adam and Emma continued to cross paths until, eventually, they both caved to their animal instincts. Despite an intense session of earth-shaking sex, however, Emma makes it clear to Adam that the last thing she wants is a committed relationship. And thanks to the fact that Adam's father (Kevin Kline), a fallen television star, has just begun dating his son's ex-girlfriend, the horrified bachelor has developed an aversion to monogamy as well. At first their casual stance on sex works great for both; Emma can focus on her career instead of allowing her emotions to dictate her decisions, and Adam can play the field without fear of hurting her feelings. Over time, though, a funny thing happens -- Adam begins to develop feelings for Emma that he never had for any of his countless conquests. Before they both know it, love has reared its ugly head and they've gotten too emotionally involved to cut the relationship off cold. But is commitment in the cards for the couple that always swore it would never get serious, or has the time come for them to finally part ways once and for all'