131K ratings
Currently Out of Stock: We'll get more as soon as possible
Notify Me When Available
Add to Wishlist
Format:  DVD
sku:  HVWG
Our customers love us! 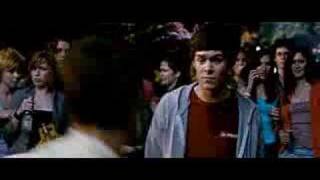 In The Land Of Women (Trailer)

IN THE LAND OF WOMEN is a surprisingly somber yet funny coming-of-age tale from director Jonathan Kasdan, and stars Adam Brody in a role not too different from his beloved Seth Cohen on the night-time teen soap THE O.C. Brody, playing a character his own age, breezily inhabits Carter, a loveable but somewhat directionless screenwriter (if you count soft-core porn films) who is dumped by his beautiful but shallow starlet girlfriend Sofia at the start of the film. In crisis mode, he packs up and heads to the Detroit suburb where his senile grandmother (Olympia Dukakis) lives, in an attempt to help her out and get some perspective. While desperately trying to make sense of his grandmother's incoherent ramblings, Carter slaves away at a long-coming screenplay and creates confusing friendships with the mother (Meg Ryan) and daughter (Kristen Stewart) next door.

While the film sometimes seems to be grasping for something it can't quite find, it is entertaining throughout, especially for fans of Brody. Thanks to some clever dialogue, quirky characters, and Brody's oddball line delivery, IN THE LAND OF WOMEN manages to get more than a few laughs. That said, the film also deals with serious issues like sickness and death in a lighthearted way. Ryan and Stewart both add depth to what could be one-dimensional characters, and while Brody's performance doesn't feel like much of a stretch, it's nice to see the actor moving towards some slightly more adult material. Kasdan packs the film to the brim with indie pop songs, providing a hip soundtrack for a story that feels contemporary by refusing to fit the traditional romantic-comedy mold.