These were the adventures . . . fighting, laughing and brawling their way from Seattle to Nome! 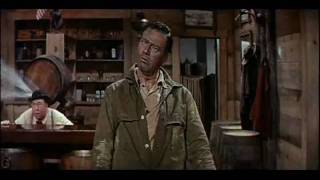 John Wayne and Stewart Granger strike it rich in this rousing comedy-adventure set in the heyday of the Alaskan gold rush. When prospectors Sam McCord (Wayne) and George Pratt (Granger) hit the mother lode, George asks Sam to go to Seattle and fetch his sweetheart, Jennie, but she has already married someone else. Determined to bring George a new love, Sam invites a saloon dancer (Capucine) back to Nome as Jennie's replacement.

A tough Alaskan gold digger (John Wayne) agrees to pick up his partner's (Stewart Granger) fiancee, but winds up bringing back a beautiful substitute instead. With both men vying for her favor, trouble inevitably breaks out between the best friends, exacerbated by a shifty con-man (Ernie Kovacs) hoping to steal the men's gold claim. The Duke is in usual macho form in this entertaining Alaskan adventure, based on the play BIRTHDAY GIFT by Laszlo Fodor.

Two men are digging for gold in Alaska -- where there aren't many women to choose from. When one of them misses his lady love too much, his partner goes to Washington in order to bring the lass back to him. Hijinks and romance ensue as the lady and her chaperone fall in love with each other during their voyage.

Hot
The Comancheros
$1.98 on Sale
Add to Cart