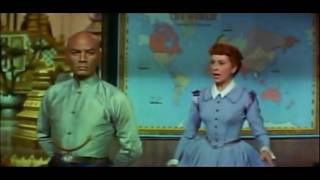 The King And I Trailer [HD] 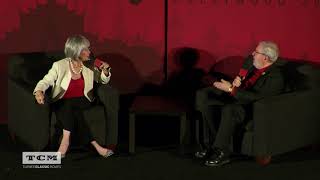 Actress Rita Moreno on The King and I (Featurette)

Rogers and Hammerstein's Broadway musical, adapted from Margaret Landon's fact-based novel and the 1946 film ANNA AND THE KING OF SIAM, makes a spectacularly successful move to the silver screen in the Yul Brynner tour de force THE KING AND I. Brynner, reprising the role he'd polished to perfection on stage, plays the blustering, headstrong Siamese potentate who meets his match in the form of Anna Leonowens (Deborah Kerr), the prim and proper English widow he's hired to oversee the rearing of his huge, unruly flock of children.

Director Walter Lang (TIN PAN ALLEY) presents THE KING AND I, one of the most popular musicals in cinema history, as a dizzyingly bountiful Technicolor feast. Kerr (aided during songs by the overdubbed voice of Marni Nixon) contributes a dynamic performance that is every bit the equal of Brynner's transcendent, career-defining turn, for which he won an Academy Award. The delightful score, which also garnered an Oscar, includes three perennial favorite show tunes: "I Whistle a Happy Tune," "Getting to Know You," and "Shall We Dance'"