A down-and-out musician stumbles on a drug deal gone awry and finds himself a suitcase full of money. 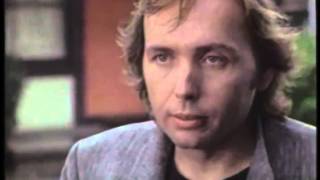 Jesse Parish just took a wrong turn. A down-and-out musician with a bad dug habit, he's stumbled on a drug deal gone awry and found himself a suitcase full of money, which he aims to keep. But where's a bum, with a fortune worth killing for, to go? Jesse heads home to Galveston, Texas, to the people he deserted seven years ago when he left in search of fame and fortune. But drug money brings nothing but trouble -- and the people who want their money back. No living thing is going to get in their way -- at least no living thing that'll stay alive for long. Jesse has risked everything for easy money, only to discover, there's no such thing. It'll cost more than he can afford in the lives of people who loved him.

When a drug deal goes south and leaves him holding a suitcase full of cash, a drug-addled, would-be musician learns there's no such thing as easy money. Returning to the hometown he deserted years earlier, he unknowingly brings death and destruction--in the form of the mobsters who want their money back--on his town.

Action | Drugs | Suspense | Thriller | On-The-Run | Recommended | Theatrical Release
This product is made-on-demand by the manufacturer using DVD-R recordable media. Almost all DVD players can play DVD-Rs (except for some older models made before 2000) - please consult your owner's manual for formats compatible with your player. These DVD-Rs may not play on all computers or DVD player/recorders. To address this, the manufacturer recommends viewing this product on a DVD player that does not have recording capability.

25%off
Dick Tracy and the Spider Gang
$5.95 Spring Sale
Add to Cart