The Prince and the Pauper
Warner Archive Collection (series)

Amid 16th-century England's pomp and poverty, two lookalike lads, one a beggar and one young Edward VI, exchange identities for a lark. 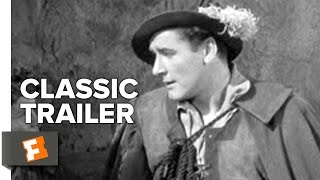 Errol Flynn duels into action in Warner Bros.' spectacular, spirited film of Mark Twain's classic novel. Amid 16th-century England's pomp and poverty, two lookalike lads, one a beggar and one young Edward VI, exchange identities for a lark. But their switch backfires and it's up to soldier of fortune Miles Hendon (Flynn) to turn the tables on a conspirator (Claude Rains) and return the correct lad to the throne.

A lavish screen version of Mark Twain's 1881 novel about two boys who switch social positions by merely exchanging clothes. One boy is a royal prince, and the other is a poor, mistreated urchin. Music score by Erich Wolfgang Korngold.

Based on the Mark Twain novel, this swashbuckling classic tells a fabled story of Prince Edward (later King Edward VI) and a poor boy who is a dead ringer for the young royal. After the two children trade places, the pauper finds himself confused by the goings-on at court while the prince happily traipses about in the guise of the little rogue.
Now all they have to do is find a way to switch back again...

The Adventures of Robin Hood
$14.50
Add to Cart

Against All Flags
$19
Add to Cart

38%off
The Charge of the Light Brigade
$11.13 BLACK FRIDAY
Add to Cart

38%off
The Private Lives of Elizabeth and Essex
$11.13 BLACK FRIDAY
Add to Cart