You can't buy respectability by putting a wedding ring on it! 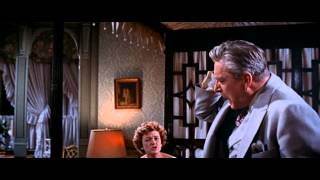 From the Terrace (Trailer)

Paul Newman stars in this intriguing film based on John O'Hara's best-selling novel about a young man whose struggle for success threatens his personal happiness. Having never known his father's love or respect, Alfred Eaton (Newman) sets out to prove himself in the business world. Marrying the "right" woman (Joanne Woodward), he works unceasingly, but is ultimately confronted with crises and choices that force him to rethink his priorities. Co-starring Myrna Loy, From The Terrace is an absorbing tale of ambition, power and love fueled by sharp dialogue, complex characterizations and keen insight into the human heart.

FROM THE TERRACE is the melodramatic story of one man's relentless pursuit of the American Dream--and, once he's gained his final victory, his eventual rejection of that world. Paul Newman is Alfred Eaton, a man married to old money and on his way up the corporate ladder in a successful Wall Street firm. But Eaton's dissatisfaction with the values that once ruled his life and his illicit love affair with a likeminded young woman turn his world upside down at the moment of his greatest reward. This 1960 drama marks one of the many films in which longtime husband-and-wife acting duo Newman and Joanne Woodward appear opposite each another.