Ghost in the Shell 2: Innocence PG-13

When machines learn to feel, who decides what is human... 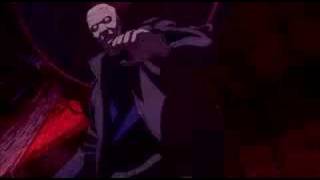 Ghost in the Shell - Innocence Trailer 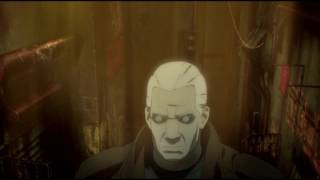 New York Times - 09/27/2004
"[A] movie about the dreamy pleasures of moviegoing that is itself both haunting and haunted."
Los Angeles Times - 09/17/2004
"[H]and-drawn and computer-generated animation techniques are blended to create one of the most visually arresting motion pictures you are likely to see this year."
Entertainment Weekly - 09/24/2004
"[A] lavishly drawn, pop-savvy specialty act..."
Sight and Sound - 11/01/2005
"[The film] could be comfortably double-billed with Richard Linklater's animated journey of ideas WAKING LIFE."

Director Mamoru Oshii follows up his adaptation of Masamune Shirow's manga in the Animé film GHOST IN THE SHELL 2: INNOCENCE. Similar in concept and theme to the cyberpunk classic BLADE RUNNER, GHOST IN THE SHELL features a future where humans can modify their bodies with technology and live side-by-side with androids. A few years after the original film, police cyborg Bato is still mourning the loss of his partner Motoko. Bato and his new partner Togusa undertake an investigation of a series of seedy murders of wealthy men at the hands of their malfunctioning sex-androids. Expanding on the subject matter of the first film, their inquiry leads to a consideration of the true differences, if any, between humans and the artificial beings they create. GHOST IN THE SHELL 2 combines action, philosophy, and breathtaking animated visuals; and was nominated for the Palme d'Or at the 2004 Cannes Film Festival.

Ghost in the Shell
$8.30 Super Savings
Add to Cart