The most powerful force on earth is about to be unleashed by the two people who should know better. 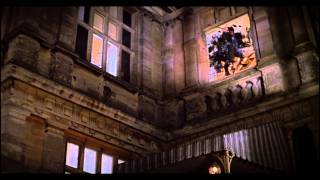 USA Today - 05/04/2001
"...THE MUMMY RETURNS overcomes the curse of sequelitis while raising the bar..."
Entertainment Weekly - 05/11/2001
"...The actors themselves are more rip-roaring and full of spunk than in their first outing....[The Rock] makes a great face when he thunders..."
Variety - 05/07/2001
"...Considerably more elaborate and spectacular than [the first]....The widescreen here virtually bursts with visual goodies..."
Sight and Sound - 07/01/2001
"...THE MUMMY RETURNS is pure entertainment..."
Los Angeles Times - 05/04/2001
"...Shrewdly conceived and efficiently executed....The film's constant plot turns, cheeky sensibility and omnipresent action sequences have no trouble attracting our attention and holding on..."

Flanked by fabulous computer-generated battle scenes that would make BRAVEHEART proud, THE MUMMY RETURNS is a fast-paced sequel that surpasses the hit 1999 original, both directed by Stephen Sommers. Virtually the entire cast has come back for another exciting go-round, this time trying to prevent Imhotep (Arnold Vosloo) from gaining control of the Bracelet of Anubis and taking on the Scorpion King (the Rock) for control of the world. But to gain that power, Imhotep and his vicious true love, Anck-Su-Namun (Patricia Velasquez), must get to the Oasis of Ahm Shere before Rick O'Connell (Brendan Fraser), his wife, Evie (Rachel Weisz), their son, Alex (Freddie Boath), the mysterious Ardeth Bay (Oded Fehr), and Evie's brother, Jonathan (John Hannah, who provides much of the comic relief). Set in 1933, THE MUMMY RETURNS combines elements of the STAR WARS and INDIANA JONES films in letting loose a scintillating thrill-ride of a movie, chock-full of terrific special effects and marvelous locations (Morocco, Jordan, and London), erupting in a spirited tale of flight and fantasy, sword and sorcery. The addition of Freddie Boath to the cast increases the suspense as well as the comedy; his scenes with the evil Lock-Nah (fiercely played by OZ veteran Adewale Akinnuoye-Agbaje) are among the best in the film. THE MUMMY RETURNS also features professional wrestler the Rock as the Scorpion King, who was defeated in 3067 BC and is ready to be resurrected in the Year of the Scorpion.