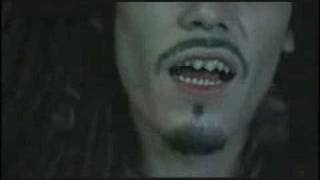 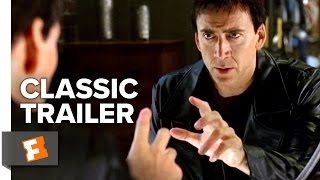 The prophetically named Johnny Blaze and his father perform death-defying stunts in a carnival, but the real danger to his dad's life is the cancer growing within his dying body. To save him, Johnny makes a deal with Mephistopheles (Peter Fonda, EASY RIDER) and sacrifices his soul. When his father is killed mid-stunt, Johnny runs away, leaving behind his grief and a young love named Roxanne. Years later, Johnny (Nicolas Cage, WORLD TRADE CENTER ) is the most famous rider in the country. Despite his daredevil tendencies, Johnny is a different man when he's not riding his bike. Though he wears leather jackets and pants, he prefers jelly beans to Jim Beam while listening to the Carpenters. Years have passed since Johnny has seen the love of his life, but he still carries a torch for Roxanne (Eva Mendes, HITCH). When he sees her after a stunt, he tries to regain her love and trust. But it's time for the devil to take his due as he brings Johnny into an epic battle with Blackheart (Wes Bentley, AMERICAN BEAUTY). In the presence of evil, Johnny transforms into a super-strong skeleton with a flaming skull who has the power to defeat Blackheart and his minions.

As Johnny, Cage plays a cross between his Elvis devotee in WILD AT HEART and the sensitive he-man in CON AIR. The evil Mephistopheles is Fonda's most memorable role since his Oscar-nominated turn in ULEE'S GOLD, and this film provides an opportunity for him to return to the spotlight. GHOST RIDER doesn't rank with the best of the comic book adaptations such as SPIDER-MAN and BATMAN BEGINS, but director Mark Steven Johnson (DAREDEVIL) provides a film driven by both humor and action.

Johnny Blaze (Nicolas Cage) was only a teenaged stunt biker when he sold his soul to the devil (Peter Fonda). Years later, Johnny is a world renowned daredevil by day, but at night, he becomes the Ghost Rider of Marvel Comics legend. The devil's bounty hunter, he is charged with finding evil souls on earth and bringing them to hell. But when a twist of fate brings Johnny's long-lost love (Eva Mendes) back into his life, Johnny realizes he just might have a second chance at happiness - if he can beat the devil and win back his soul. To do so he'll have to defeat Blackheart (Wes Bentley), the devil's nemesis and wayward son, whose plot to take over his father's realm will bring hell on earth--unless Ghost Rider can stop him.

16%off
Fantastic Four: Rise of the Silver Surfer
$8.40 Super Savings
Add to Cart