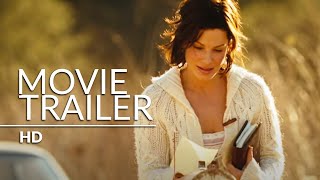 Directed by Alejandro Agresti (VALENTIN), THE LAKE HOUSE reunites Sandra Bullock and Keanu Reeves for the first time since 1994's smash hit SPEED in this love story that transcends the limitations of time. When Doctor Kate Forster (Bullock) moves from a unique glass lake house to Chicago, she leaves a note in the mailbox for the new tenant asking that they forward any stray mail and apologizing for some mild inconveniences at the house that were there when she arrived, including paw prints in the entryway. Architect Alex Wyler (Reeves) moves in and finds Kate's note in the mailbox, but is confused--he responds that there are no paw prints to be found, and as far as he knows, the house has been empty for quite some time. When a stray dog runs past him as he is working on the entryway and leaves the trail of paw prints that Kate mentioned, Alex realizes that they are living in different years.

Nonplussed by this odd turn of events, Alex and Kate continue to correspond via notes and letters left in the lake house mailbox. Soon they are sharing their secrets, confiding in each other, and falling in love. The film follows each character in his/her current time, chronicling Alex's relationship with his brother (Ebon Moss-Bachrach) and estranged father (Christopher Plummer), as well as Kate's relationship with on-again/off-again boyfriend, Morgan (Dylan Walsh). As in all great love stories, Kate and Alex will ultimately have to take a chance. Can he wait for her until they are together in time' Will they each make the choices that ultimately allow them to be together' Only time will tell. Based on the South Korean film IL MARE, this visually appealing film makes wonderful use of Chicago and its architecture. Bullock and Reeves are both solid and likeable in the lead roles, bringing to life the wistfulness that Kate and Alex feel.

Lake House, The
A lonely doctor (Sandra Bullock) who once occupied an unusual lakeside home begins exchanging love letters with its newest resident, a frustrated architect (Keanu Reeves). When they discover that they're actually living two years apart, they must try to unravel the mystery behind their extraordinary romance before it's too late.