Time is running out for a happy ending. 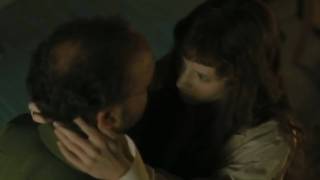 Lady In The Water Trailer [HD] 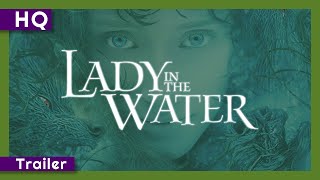 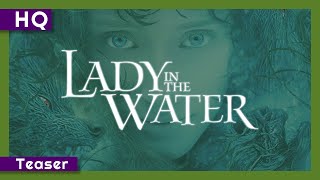 M. Night Shyamalan (THE SIXTH SENSE, THE VILLAGE) continues his mission to revive the ancient art of storytelling--which he has diagnosed as a dying art--melding aspects of the fantastic with the mundane, and bringing to life a mythology of his own concoction. Paul Giamatti (SIDEWAYS) is Cleveland Heep, the depressed caretaker of an apartment complex in suburban Philadelphia called the Cove--a location from which the film virtually never strays. He tends the homes of a host of loveable eccentrics, including Jeffrey Wright (SYRIANA) as a single dad, Sarita Choudhury (SHE HATE ME) and the director himself as brother-and-sister roommates, Bob Balaban as a cynical film critic, and Cindy Cheung as a college girl Cleveland befriends. When Cleveland is pulled from the pool by a mysterious young woman (Bryce Dallas Howard, THE VILLAGE) after a nasty bump on the head, he quickly discovers her true identity as a narf, one of an ancient race of water beings whose attempts at communication with humans have long ago ceased. As Cleveland attempts to return her to her world, uncovering the intricacies of the story from which she emerged and protecting her from the beasts that seek to thwart her, she helps him and many of the other residents find their true purpose in life, reaffirming the meaning it holds for them. Though the tale borders on overpopulation with many thinly drawn characters, and Shyamalan's own role is overtly reflective of the ego he is so often accused of, the tale manages to stimulate the imagination nonetheless. It achieves this by invoking universally affecting elements of myth and magic, and mesmerizing viewers with stunning photography by Wong Kar-Wai (CHUNGKING EXPRESS) regular Christopher Doyle.

18%off
The Brothers Grimm
$8.20 Super Savings
Add to Cart