51K ratings
Out of Print: Future availability is unknown
Notify Me When Available
Add to Wishlist
Format:  Blu-ray
sku:  XD8D
92% recommend us! 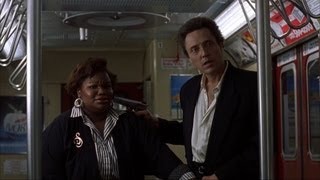 "I spent half my life in prison. I never got away with anything, and I never killed anybody that didn't...that didn't deserve it."
- Frank White (Christopher Walken) to Bishop (Victor Argo)

Christopher Walken stars as Frank White, an ultracool crime boss, in this moody gem from director Abel Ferrara. Released from a long stint in jail, White rejoins his devoted gang, which includes the trigger-happy Jimmy Jump (Laurence Fishburne), Test Tube (Steve Buscemi), and his attractive attorney girlfriend, Jennifer (Janet Julian). Setting up headquarters in Trump Plaza, they start wiping out members of rival mobs in a bid to take back the streets and indulge in lots of cocaine and sex, but ultimately White has more noble ambitions, such as giving a fortune in drug money to charity. David Caruso, Victor Argo, and Wesley Snipes costar as a group of bitter cops who don't buy Frank's change of heart and decide to go outside the law to take him down. Poetic, sexy, funny, somber, and very violent, this critical hit cemented the rep of Ferrara and has earned a strong cult following. Bozan Bajelli serves as director of the arresting cinematography, which is full of rich shadows and gold, blue, and red hues. For fans of films such as THE GODFATHER and SCARFACE, this is essential viewing.

In Abel Ferrara's KING OF NEW YORK, drug lord Frank White, recently released from prison, ruthlessly maneuvers to take control of the entire city's drug trade. When the police declare war on the convict, White strikes back by putting a contract out on the cops.