739K ratings
Out of Print: Future availability is unknown
Notify Me When Available
Add to Wishlist
Format:  Blu-ray
sku:  XD8X
Also released as:
Mr. Brooks for $6.40
Our customers love us! 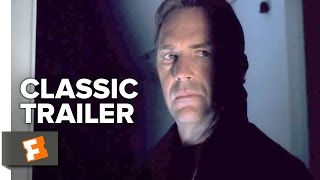 Kevin Costner stars as Earl Brooks, a man whose seemingly perfect family and status in the community hide an ugly secret. Brooks constantly says the plea of an addict--the Serenity Prayer--but he's not in the grip of drugs or alcohol. Instead, his neat little bow tie belies a man with an urge to kill. Though he's staved off that desire for two years, it has returned thanks to the efforts of his evil inner voice (William Hurt, A HISTORY OF VIOLENCE). He is caught in the act by a man who calls himself Mr. Smith (Dane Cook, EMPLOYEE OF THE MONTH), but Mr. Smith doesn't want to turn Brooks in. The smarmy amateur photographer wants to learn from Brooks's methodical ways and become a killer himself. Meanwhile, a tough cop (Demi Moore, BOBBY) hunts for the man responsible for deaths all over Portland while she deals with issues in her own life.

MR. BROOKS presents a fascinating portrait of a man at war with himself. As the devil on Brooks's shoulder, Oscar winner Hurt adeptly alternates between menace and glee, adding to a resume already replete with varied roles. Though Costner is mostly known for playing nice guys (FIELD OF DREAMS) and charming rogues (BULL DURHAM), his performance as the tortured killer is interesting to watch, and he rises to the challenge of playing a completely different character than the kind he is known for. MR. BROOKS is an engaging thriller that goes into the fractured mind of a murderer, while also delivering an intriguing maze of multiple subplots.

What Lies Beneath
$6.80 Super Savings
Add to Cart