Kelly Clarkson All I Ever Wanted (Deluxe Edition) (2-CD) 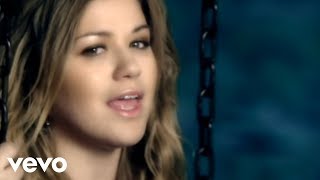 Kelly Clarkson - My Life Would Suck Without You (Music Video)

Rolling Stone - p.74
3 stars out of 5 -- "'I Do Not Hook Up' is another spitfire mix of melody and crashing guitars -- one of the most raucous odes to chastity in recent memory. Next comes 'Cry,' a big waltz-time ballad whose tune holds a hint of Nashville-pop twang."
Entertainment Weekly - p.58
"The introspection Clarkson favored so heavily on DECEMBER is still there; now, though, she has perspective....There are feisty independent woman anthems and soaring, impeccably constructed power ballads." -- Grade: B+
Entertainment Weekly - p.104
Included in Entertainment Weekly's 'The Best Albums of 2009' -- "This fourth album still makes room for melancholy but also celebrates the lighter end of the spectrum..."
Blender (Magazine)
4 stars out of 5 -- "Top-of-the-line mechanics return for a high-octane mix that bounces between disco, emo and punk....In almost every setting, Clarkson is still her brassy, blues-weaned self..."

Audio Mixer: Serban Ghenea.
In 2009, seven years after she won the first season of AMERICAN IDOL, Kelly Clarkson's musical career was still going strong. After the darker sound of MY DECEMBER, ALL I EVER WANTED is something of a return to form for Clarkson, harking back to the spirited, sprightly rock of her debut. With its punky energy, confessional lyrics, and sassy attitude, lead single "My Life Would Suck Without You" recalls the sound and feel of signature Clarkson hits like "Since U Been Gone." The album brims with catchy hooks, thanks to Clarkson's high-profile songwriting collaborators, including Katy Perry and OneRepublic's Ryan Tedder. This is well- crafted, radio-ready pop, and if the album has a weakness, it's that it does feel a bit calculated. Clarkson fans shouldn't mind, however. This contemporary singer's skills deserve to be as well-packaged as ALL I EVER WANTED; whether she's flirting with bass-driven grooves or anthemic hard rock, Clarkson makes the song her own with expressive vocal chops and commanding style.