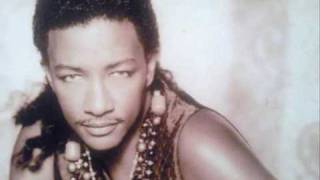 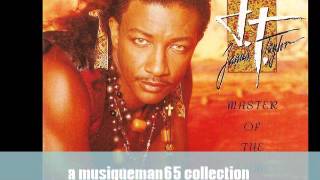 Personnel: James "J.T." Taylor (vocals); Paul Pesco (guitar); Danny Pelfrey (saxophone); Claude Da Costa, Paulinho Da Costa (percussion).
Arranger: James "J.T." Taylor .
Former Kool & the Gang frontman James "J.T." Taylor's solo debut is a slick, tight set crammed with snappy up-tempo R&B grooves. Even out of a funk context, his voice is unmistakable, blending just as well across this new sound as it ever did across the massive grooves of old. Although none of the songs were able to shake their way into the charts, there are still some neat nuggets to be found, most notably on the smooth "Sister Rosa" and the fat-bassed, brass-punched funk of "Kiss My Face." Both the slightly Latin-inflected "Lay Awake at Night" and the closing "The Promised Land" weigh in with equal aplomb. Where Taylor fumbles is on the ballads "Master of the Game" and "Romancia." Both showcase the singer's outstanding voice but are short on overall substance and ultimately fall flatter than they should. An album of absolute technical finesse, Master of the Game suffers mostly because it came too late in the day to make any impact at all. The songs are enjoyable, but don't have any of the real fire listeners expect of a vocalist of Taylor's caliber. Perhaps if he'd struck his path earlier in the decade this debut would have been startling rather than standard. ~ Amy Hanson