As darkness falls, the last dragon will choose its rider.

639K ratings
Out of Print: Future availability is unknown
Notify Me When Available
Add to Wishlist
Format:  Blu-ray
sku:  QRJ3
Also released as:
Eragon for $6.50
Eragon for $9
91% recommend us! 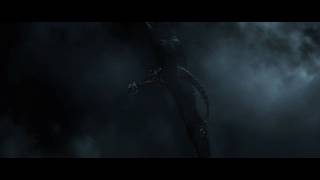 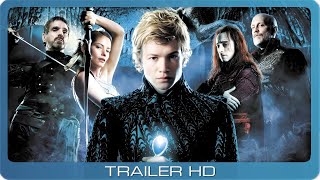 Based on the first novel in Christopher Paolini's popular INHERITANCE trilogy, ERAGON is a fantastical adventure in a vein similar to that of the LORD OF THE RINGS trilogy and THE CHRONICLES OF NARNIA. A classic story of a quest driven by destiny and set in a land where elves, magicians, and humans live side by side, the battle between good and evil, innocence and cynicism, is taken up once again. John Malkovitch camps it up as the evil King Galbatorix, a former guardian of peace who long ago went over to the dark side. He now rules over a land from which dragons have all but disappeared, until humble farm boy Eragon (newcomer Edward Speelers) happens upon a mysterious blue object that turns out to be a dragon egg. Eragon befriends the charming dragon cub, Saphira (voiced with aplomb by Rachel Weisz), and becomes her rider, designating him as the principal warrior in the fight against evil. Jeremy Irons steals the show as the wise and mysterious old man who becomes Eragon's mentor, guiding him through the tasks of saving a princess (Sienna Guillory) battling an evil sorcerer (Robert Carlyle, TRAINSPOTTING), and fending off hordes of the hideous Urgals. All of this will strike the seasoned fantasy viewer as familiar territory, but the formula is given life by veterans Malkovitch and Irons, as well as the young Speelers. The film was shot mostly in Hungary, whose breathtaking landscape combines to great effect with excellent cinematography. The special effects, created by LORD OF THE RINGS' Digital Magic and STAR WARS' Industrial Light and Magic, more than live up to the precedent set by those films, while the dragon is film's true star.

16%off
The Chronicles of Narnia: The Voyage of the Dawn Treader
$8.40 Super Savings
Add to Cart