A lot can happen on the road to nowhere. 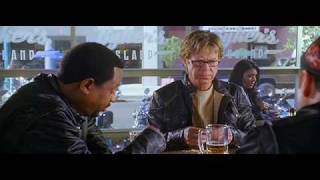 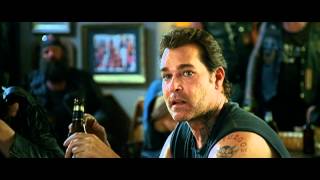 Walter Becker (NATIONAL LAMPOON'S VAN WILDER) directs this tale of four friends who hit the open road. Woody (John Travolta), Doug (Tim Allen), Bobby (Martin Lawrence), and Dudley (William H. Macy) are middle-aged suburbanite buddies stuck in a rut. Doug, a dentist, yearns for respect from his pre-teen son and everyone else in his life. Bobby is a henpecked husband and unhappy plumber. Computer programmer Dudley is a flop with the ladies. And Woody, who seemed to have it all, has just lost everything. Each weekend the foursome takes to the streets of Cincinnati on their motorcycles as the "Wild Hogs." With his world secretly falling apart, Woody hits on an idea: a "Wild Hogs" road trip to the Pacific Coast. Soon, the four are embarking on the adventure of their lives. But when they stumble upon a roadside dive in New Mexico filled with "real" bikers and raise the ire of Jack (Ray Liotta), who is the leader of the Del Fuegos, the Wild Hogs discover that they are in for a greater adventure than they expected, including a showdown in the sleepy New Mexico town of Madrid.

Travolta, Allen, Lawrence, and Macy have fun here, from the verbal barbs to the physical comedy, and Liotta works surprisingly well as a "real" biker who is disgusted and insulted by these weekenders. The perpetually effervescent Marisa Tomei appears as a Madrid local who catches Dudley's eye, and John C. McGinley is an overly enthusiastic highway patrolman repeatedly encountered by the foursome. Watch for an all too brief appearance from EASY RIDER star Peter Fonda, and an amusing segment from Ty Pennington of EXTREME HOME MAKEOVER. Despite the star power in this film, which was shot on location in New Mexico, it's the custom bikes and open road that really shine.

I Now Pronounce You Chuck and Larry
$8.70 Super Savings
Add to Cart

28%off
Two Tickets to Paradise
$6.50 Super Savings
Add to Cart